The planets must be aligned, because this is a huge week for heavy music in Portland.

Tonight, King Buzzo lands in Port City Music Hall for an acoustic performance at 9. If you haven’t heard King Buzzo’s acoustic stuff (or can’t imagine it), do yourself a favor and listen to this. (Also, keep your eyes peeled today, because Buzz has been busking at nearly every stop of the tour and posting photos to The Melvins’ Twitter account. The next wild-haired bastard you throw change at might just be a living legend.)

On Thursday, Ogre opens for a little band called Dinosaur Jr. The fun begins at 8 at Asylum.

On Friday, Pigboat throws a CD release party at Geno’s. (We’ll be talking later this week with Pigboat captain Mark Belanger about the new album and the cancer experience that inspired its title.) Sylvia will be there, too. According to Sylvia’s Facebook page, the band will be taking an extended break from live performances while they hash out a new album, so catch while catch can.

Then, on Saturday, Shabti throws its own CD release party at Geno’s. Cryptic Overcast will join them. (Feral had been added to the lineup, but they’ve since bowed out due to a scheduling conflict.)

Then there was last night. Amid all the noise and ruckus from Hessian, Horse Drawn Death Machine and Sawtopsy, Mastodon announced they’re playing the State Theatre in October. (Yeah, yeah, I know. The past two albums have been a little wimpy. But the State Theatre could do a lot worse than book Mastobrann.) Gojira and Kvelertak are also on the ticket. 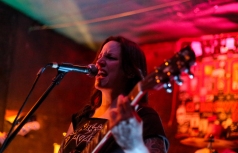 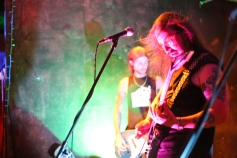 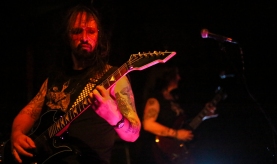 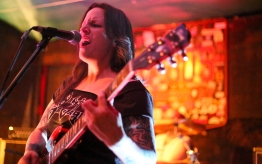 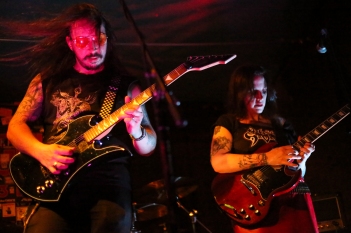 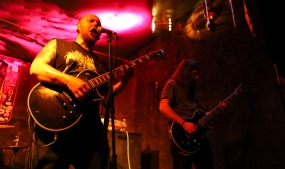 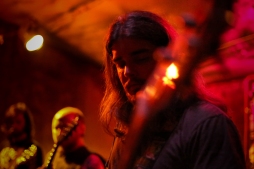 One comment on “PHOTOS: Hessian kicks off big week in heavy music”