The Swans show is reviewed in today’s edition of the Maine Sunday Telegram.

Why re-create the wheel?

Last week, we attended the Swans performance at Port City Music Hall. In an unexpected and exciting twist, we provided a photo to MaineToday Media that appears in today’s edition of the Maine Sunday Telegram. As such, we’ve opted to direct your attention to their review instead of writing our own.

Oftentimes [Michael Gira] would slowly raise his arms, as if his hands were levitated by the vibrations his band produced, and during these moments he could have passed as a man performing an incantation.

The review was written by Robert Ker, whom I’ve known for nearly 20 years, beginning as roommates in a Dutch castle. (No joke.)

Ker is a smart bastard. Even if you don’t like the bands he reviews, they’re so well written it hardly matters. Those reviews are often archived within The Jacket Pocket — a Tumblr blog that offers Ker’s first-person re-examinations of music from two years past, among other things.

Give it a look.

In other news, photos of last night’s Dougfest 2015 from guest photographer Michael Batchelder will be posted Monday afternoon. 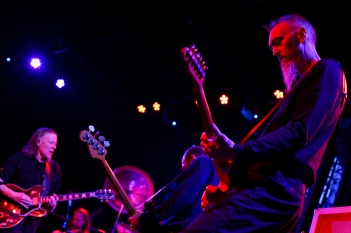 If you borrow these images for Facebook or whatnot, please credit us. (Watermarking sucks and we don’t wanna do it.) Also, don’t crop or alter. Yes, we’re monsters.

If you’d like to see examples of our other works, kindly go here.

This entry was posted on February 22, 2015 by bmccanna in Concert photography, From away, Port City Music Hall, Robert Ker, Shows, Swans.