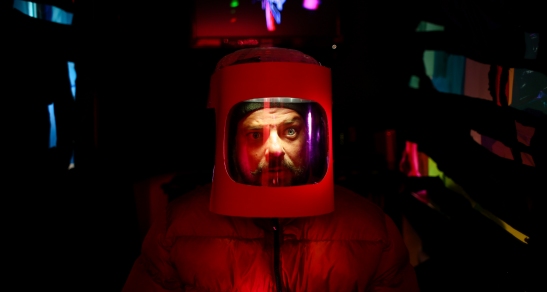 It took me a long time to find metal.

It wasn’t until I lost someone too soon that it made sense. I was 36 when I learned that the fury and chaos of heavy music felt calming; like I was standing 10 feet tall.

In the ’80s and early ’90s there weren’t many vectors for exposure to weird things. I’d catch glimpses of MTV at friends’ houses or during vacations, but I never saw 120 Minutes or Headbanger’s Ball. I barely knew those shows existed. I was vaguely aware of Ozzy, Sabbath and Metallica. It would be another three decades before I heard Dio. (It was just a few months ago that I first heard King Diamond.)

Growing up on the outskirts of corn fields, cow pastures and informal junkyards, my tastes were guided by upper-dial FM radio and a handful of my parents’ LPs. Dad was a Beatles guy; Mom liked the Stones.

For what it’s worth, Mom was the edgier of the two. Dad’s preferences skewed Germanic, while Mom went straight for black music and all its white appropriations. She introduced me to Zeppelin, she was the first person to tell me “Exile” was the best Stones record, and she was the lone parent who tolerated my overnight collection of Van Halen LPs. (Columbia House! Holla!)

But, like any kid, I felt the need to rebel and, as an only child, the bar was set exceedingly low. I basically halved the difference between my parents and broke for The Who.

And I went all in. At the high-water mark, I owned 30 Who albums on vinyl, cassette and CD. “Tommy,” for instance, I bought in three formats. “Quadrophenia” and “Who’s Next” I owned in two. My bedroom walls were plastered with Who posters and long boxes. (Remember them?)

This was the bulk of my adolescence. From fifth grade to senior year, The Who was the cornerstone of my identity. It was the thing that made me feel badder than anyone around.

“You can have The Cult. I’m badder.

(These were actual thoughts. [And accurate, I might add.])

So, from ages 11 to 18, I listened almost exclusively to The Who or emanations therefrom. I squandered many years of exploration, but I still managed to piss off both parents. Somehow.

Then there was a big shakeup.

Four years ago, Mom was diagnosed with brain cancer and she died nine months later, on Tax Day.

I was living on the other side of the country at the time, but spent a few months with her after her initial diagnosis and surgery. I spent another month with her just before she died.

Throughout that period, I listened to Kyuss and Mastodon (The Gateway Metal). It was the natural soundtrack for a fucked-up situation. Slowly, heavy music pushed out all other genres. I had no time — no heart space — for anything else. Nothing else matched my sense that life was a perplexing blip on a vast, unfathomable timeline. No other art form felt like such a knowing partner in shared insignificance. Eventually, Sleep, High on Fire, Black Breath, Obelyskkh and Yob overtook the car stereo, earbuds and imagination.

Luck brought my family to this city and luck made me handy with a camera. This place is fucking rife with great music and I feel like a true astronaut: drifting in and out, taking it all in, and — most of all — failing spectacularly in my mission to convey its vastness and greatness.

I appreciate your audience.

More so, I appreciate your kinship.

3 comments on “About the author”